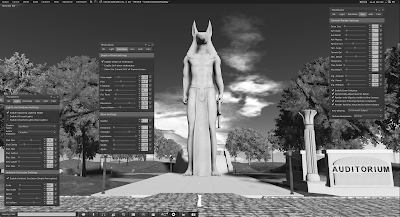 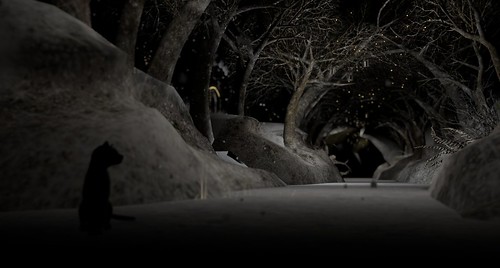 First, I want to thank everyone we've met on this journey:


And everyone else who have been involved in this project, in any way.

Many many many thanks!

A long time ago, Avon sponsored the 3Day Breast Cancer Walks. To join the walk, you had to raise about US$1,000. Then you had to train so that you could walk 60 miles in three days. Sixty miles is very long. Twenty miles a day is very long. Training for almost a year to build up muscles to be able to walk 20 miles a day is very long. But at the end of the 60 miles, you have such a high that you pledge to do it again the following year. You get a heady sense of achievement, of strength, of a new realization of what you can do, what you can endure. And you realize you are stronger than you thought you were.

Challenges stretch your self-concept and break down your self-imposed barriers. In a sense, Dim Sum's journey has done the same for me.

However, there have also been numerous times when I missed Dim Sum, when I feel a vague homesickness for a "place". It's not as simple as yearning for a specific sim. It's a yearning for an ambiance. An ambiance that's created by windlight and shadows and DoF. It is that yearning that kept me logging Dim Sum in.

Is this the end of Dim Sum? No. First, I will always feel that yearning, that homesickness, so I will continue to explore sims. Second, like the characters of a novel, Dim Sum has become "real," not just to me but to many people.

Time is a scarcer resource now than ever before, due to RL commitments and requirements. I have also neglected other projects (stereoscopy, machinima), I have more product ideas I'd like to implement and sell, and I started a new service provider directory that I need to build up and promote.

When we get new capabilities and new features that drastically improve realism, I'll do more experiments. For now, it's time to go back to stereoscopy and machinima. And you'll likely see the white cat in those too. :) 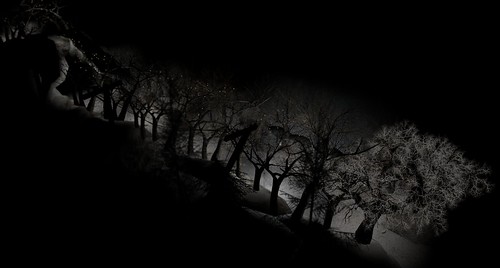 Dim Sum wonders why the lights ended after the long tunnel of trees.


After I took this picture, I thought it kinda looked like the Milky Way. The lights all over the sim make it look absolutely starkly beautiful. It almost feels like a scene in a sci-fi movie. I should play more with prim lights. 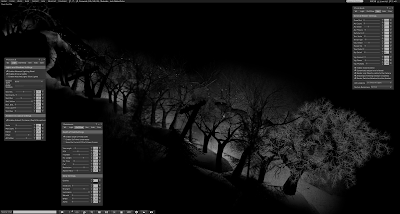 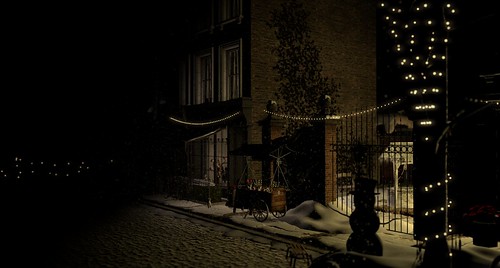 Dim Sum goes outdoors to watch the twinkling lights on the trees. Of course, the cart of sweet baked goods didn't tempt her at all.... No, no, no....


I really wish there was a way to manage how bright prim lights are. It took me some time to get to this composition. I'm still not happy. 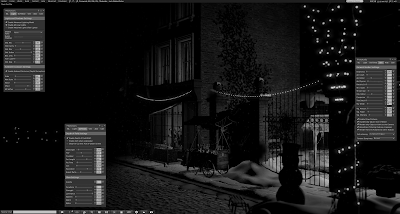 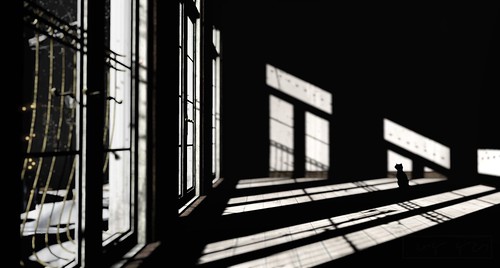 Dim Sum ponders the moonlight in the empty room.


There were lace curtains that could have added more interest, but they were alpha from inside of the room, so I just derendered them. Because the room is very small, it took some manipulation to get the composition I wanted. Well, close enough. ;) 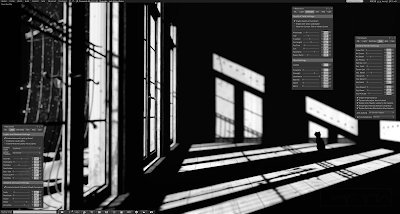 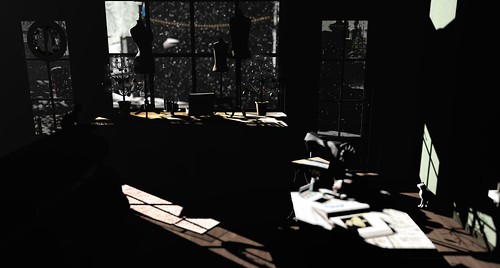 Dim Sum joins the party of the dressmaker's cats. These cats are all over the place!


I had to put Dim Sum in a visible place here, because there are so many inanimate cats all over the shop. 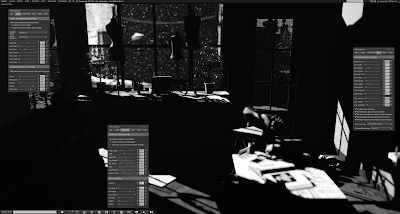 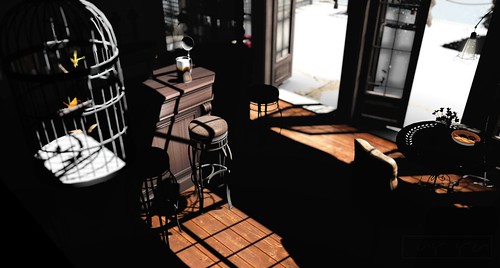 Dim Sum gives up trying to lick more of the frothy brew on the counter. Hic!


I was actually surprised to see that the birds in the cage are origami cranes! :D

I'm focused on shadows and prim lights in this final series. 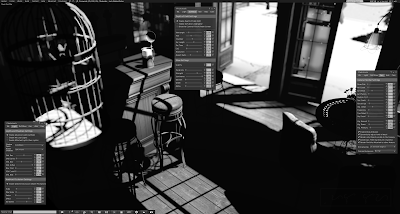 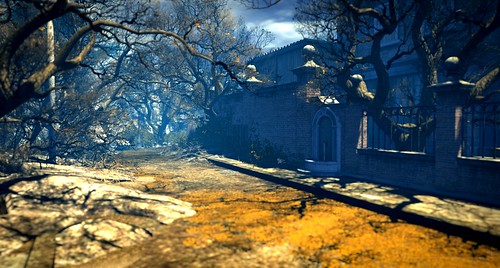 Dim Sum listens to the water as it pours and splashes to the little pool.


I couldn't decide whether to go find a mainland scene as the fifth image in the set, but that would be too much work. So I took this one which really has nothing specific about it. Just a path.

It imitates the colors of #358 but with more intensity. 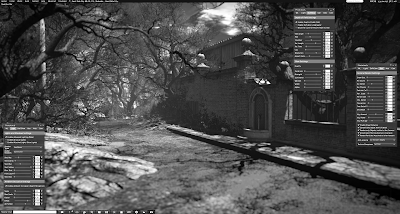 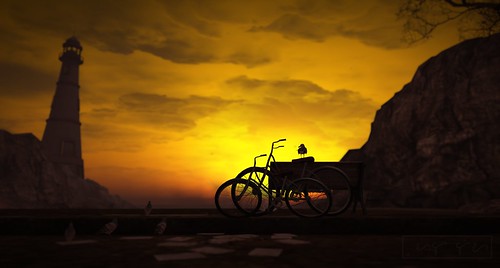 Dim Sum watches the sunset while listening to the seagull preach. I hear ya, Jonathan Livingston.


The windlight for the previous image flattened the lighthouse, so I had to find another one. Silhouettes against the sunset are kinda cliche, but, hey!, they're still eye-catching. :) 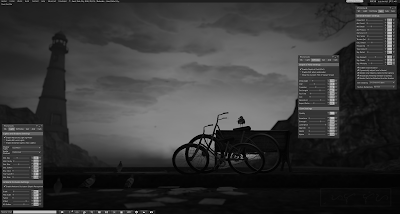 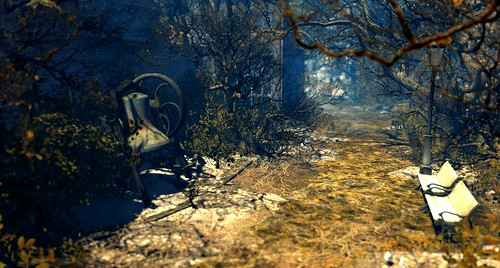 Dim Sum stays as far as possible from the swinging bell.


This pathway is off to the side, and it was a nice surprise. It's like walking through a hidden garden. Most of the sim were cobbled streets with buildings on both sides. Surprises like this makes a sim feel more finished and more complex. 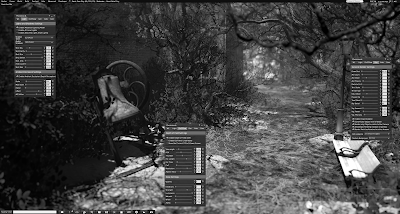 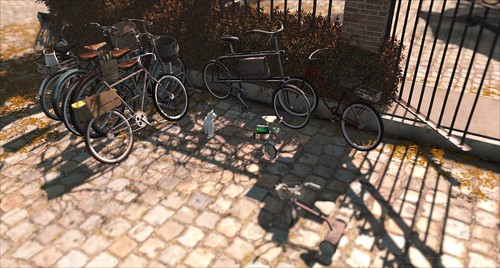 Dim Sum eyes the little tricycle, wondering if the owner would miss it if it suddenly disappeared....


This was a difficult one to compose. I'm still not happy with it. But, oh well. :) 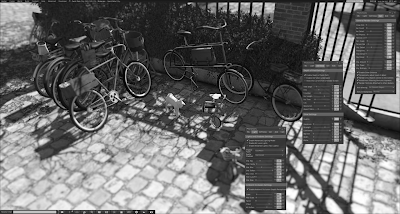 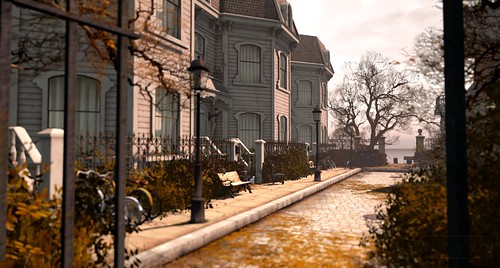 Dim Sum watches the new people pop in and walk by, looking all lost and confused.


I had a surprise last week. Windows 10 offered to be upgraded and I agreed. It looked like a major upgrade because the upgrade took a while and then it had to reboot. It's not like one of those where it would upgrade when you turned off your machine anyway. This one specifically asked when you would like to restart.

After the upgrade, everything looked normal. That is, until I tried to open Firestorm. 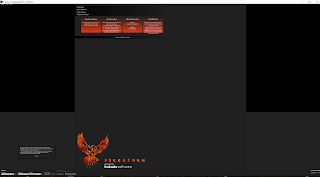 The components of the page were all over the place. And there was that message that said:

Ooookay. I was seriously wondering if I had just installed malware. But I reentered my credentials and logged in. O... M... G....

That's when I realized the resolution somehow increased. The UI components shrunk so I had to change the setting for that. But the image was OMG!

Anyway, that change in resolution changed my workflow with Dim Sum's images. In the past, I did Ctrl-` to get 3840x2054. Then I used Firestorm's Snapshot feature to take pictures of the settings for the Technical Notes section below.

Now, when I do Ctrl-`, I get 7680x4110 but part of the image is cropped off the top and the right side, by about an inch. So, I now use the Snapshot feature with Current Window to get 3840x2054, and I use a Custom size of 1920x1027 for the Technical Notes. The good news is that I can now use the Filter in Snapshot! That adds interest to the windlight!

*sigh* Just as the series is ending! How cruel is that?!? Oh, well, at least I can use it in machinimas. 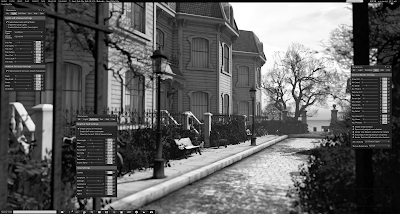