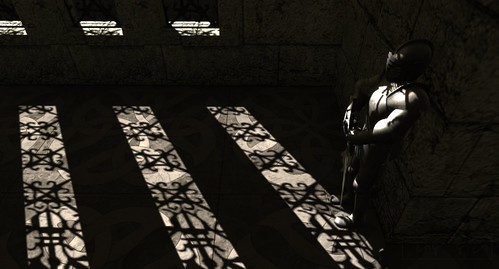 Dim Sum watches as the moonlight drags the shadows across the knotwork tiles. It's like watching grass grow, but her ancestry and training has built up her capacity for extreme patience with hair-trigger alertness.


OMG. After weeks of frustration with Dell, I did some research and discovered Falcon-NW, which is a boutique store that builds custom gaming machines. I've heard of them before, but I ignored them because their prices were out of my range and Dell had given me this open credit with 0% interest if I paid it off in 12 months.

What I found out was that Falcon-NW's prices are comparable to Dell. I mean, what's a few bucks when you're buying something worth several thousand?

So, my new Fragbox from Falcon-NW arrived last Friday, and I installed it on Saturday. I'm very, very happy. It's so so quiet. And I have high settings in SL right now and several browser windows open, but I don't even notice any lag.

Earlier today, I took a picture of my avatar and six other avatars. It's eye-popping (if I may say so myself), and not just because of the nudity.

The "PrimEvil: Suit of Armor" was created by JubJub Forder (PrimEvil). 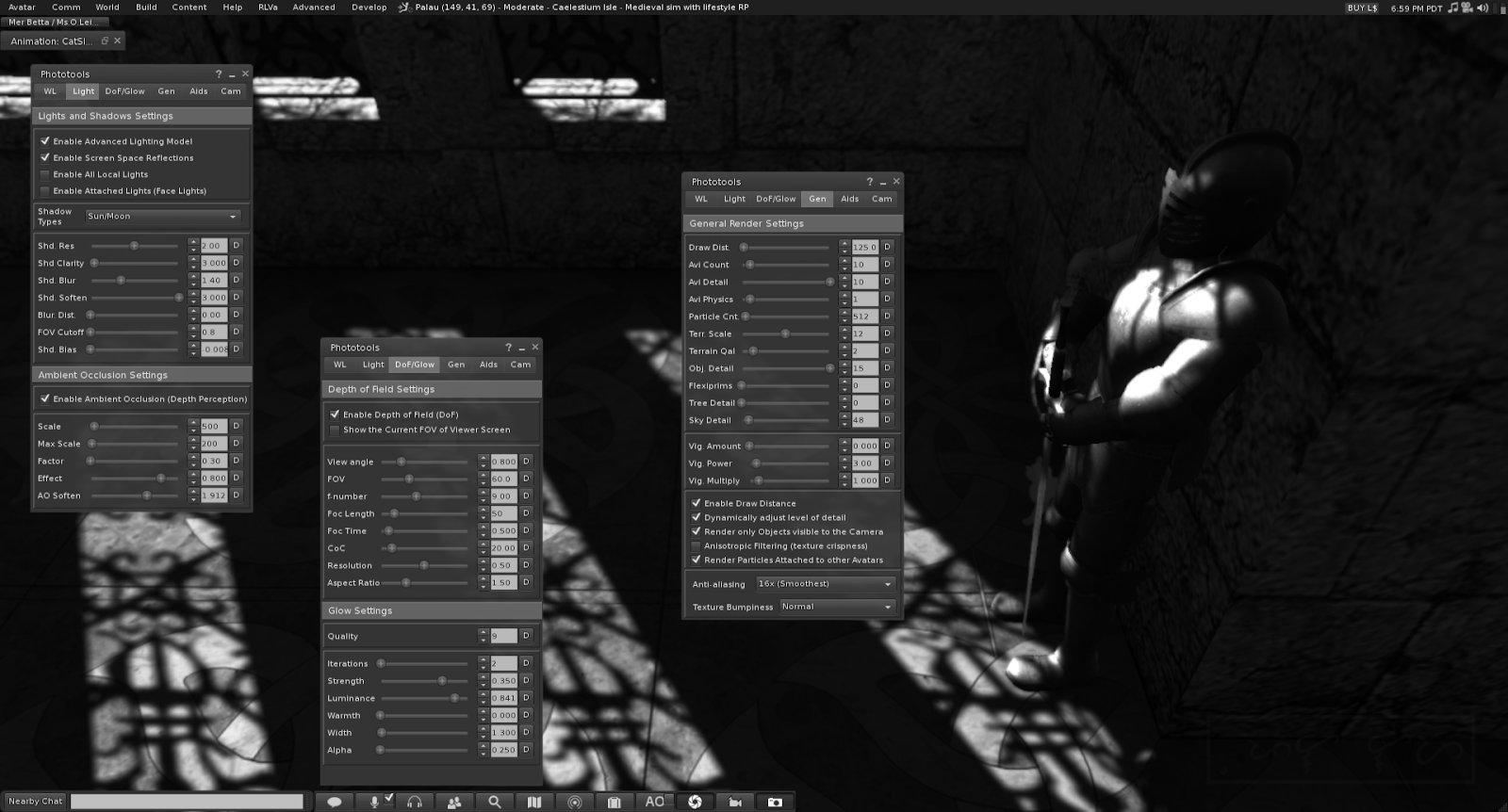 Why You Should Avoid Dell

Dell had made several stupid decisions (sound familiar?). First, they split up their website, so that you can't buy certain high-end machines unless you apply for credit again as a business. Your consumer credit line won't pay for the machine in the business section.

Second (and they've had this problem for years), they won't let you change an order -- you have to start all over -- even if the problem is on their side, like they ran out of a certain part even though their website offers it, or like the configuration (that you put together from their website) is invalid because it requires more PCI ports than the motherboard can handle. Problems with their website becomes your problem.

Third, they will cancel your order by the end of the day they notify you that they don't have the part. Even if they claim they give you 24 hours notice, they don't. They'll call at 8am on a Friday and cancel it before 5pm. If you were at work and didn't check your personal voicemail before 5pm, you'll have to start all over.

Fourth, sometimes, you don't know what the problem was, because they don't tell you that when they're cancelling your order, so you order the same thing again, hoping that maybe this time, they have the part available.

Fifth, even if you already waited for your original order for almost two weeks, you're back at the end of the queue again and you have to wait another two weeks. Of course, if the problem was with the configuration and you didn't know, your order will get cancelled again, so you wasted another two weeks.

Of course, if you didn't put in that second (or third or fourth) order because you got fed up, they will hound you with emails and phone calls. And, all of a sudden, they have great customer service.

When I bought my Alienware M17 from Dell four years ago, it took me 3 months to get it, from the first order (in October) to the day it arrived (in January). The problem at that time was that they ran out of Blu-ray drives, which I didn't really care much about so I replaced that part with a regular DVD drive, just to get my machine.

This time, the problem was that the NVIDIA Titan Z took up two slots and I had to either give up the sound card or the wireless card. It took two orders before they finally told me what the problem was. And it was one of their representatives who put in the second order. They could have easily called me up to ask me which card to give up and then finished my machine. But, nope, they didn't allow changes to an order, remember?

Okay, thank you very much. No, I won't call the order department again.