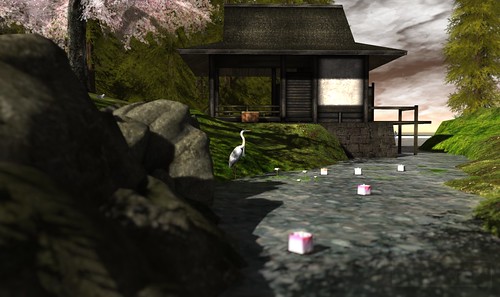 Dim Sum quietly observes as the heron steers the stray floating candles back into the middle of the stream.


That building is actually the landing point of the sim. I derezzed a lot of things, including a bridge on the foreground and some trees in the background.

I think I need a change of pace in this project, but at the moment, I'm stuck with little time for it, so I've been kinda on maintenance mode. My personal goal has been to stretch the capabilities of the tools to find that balance in the settings to maximize realism through depth and light. I think I need a new stretch goal. But what? 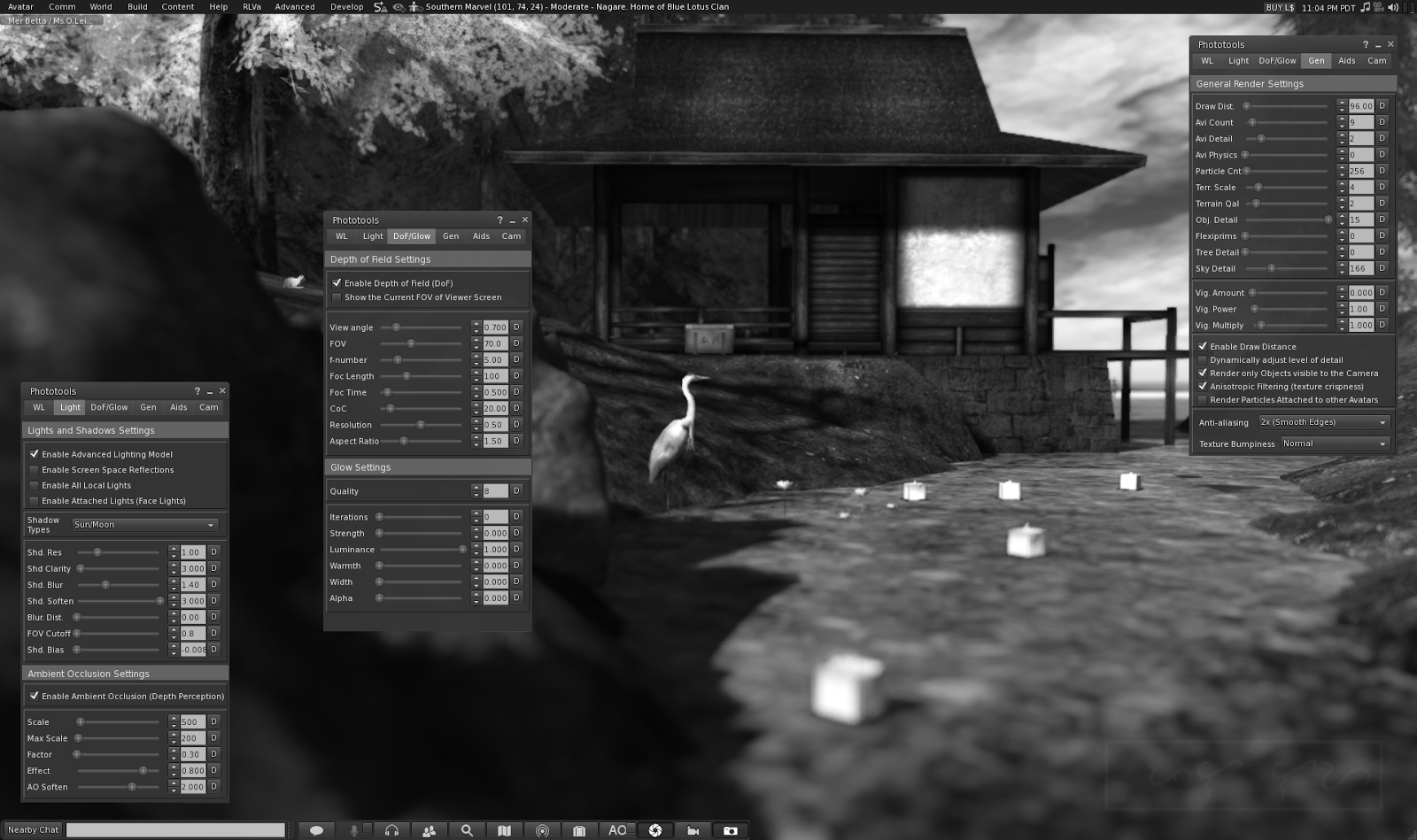 Email ThisBlogThis!Share to TwitterShare to FacebookShare to Pinterest
Labels: Nagare 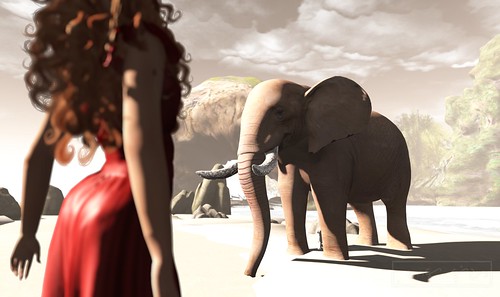 Dim Sum lives dangerously and follows the big columns until they stopped stomping.


Often, I get into an argument with Wolfgang about reality. He says there's only one reality and he doesn't understand why I don't see it his way. I repeatedly explain that reality is actually subjective, because we all experience it differently, like the blind men and the elephant.

Then they get together later and claim that the others are imagining strange creatures that don't look like an elephant at all.

No wonder we argue so often. 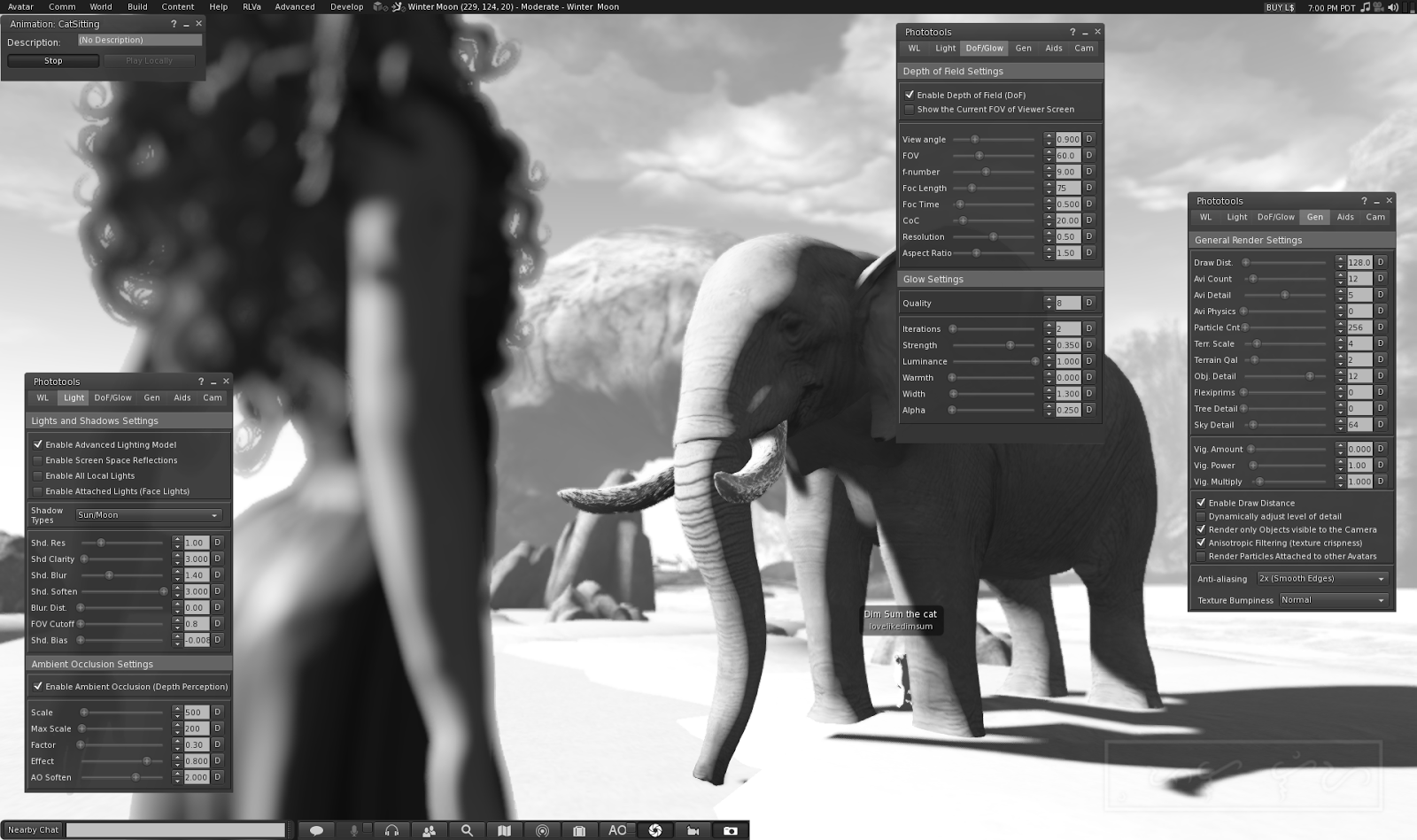 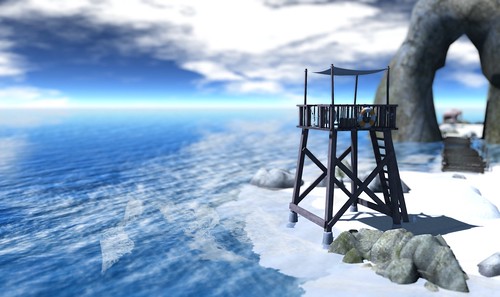 Dim Sum wonders where all the surfers went.


The beach was a nice surprise. I love sims with surprises like this. And the elephant in the background (through the arch) was probably a better focus, but I didn't see it until after I turned off the DOF! And this composition was probably already the umpteenth one I was trying to work with tonight.

Anyway, busy weekend for me, so only this one. Next week (with tax returns being due on April 15th), I might not be able to do much more, but we'll see. 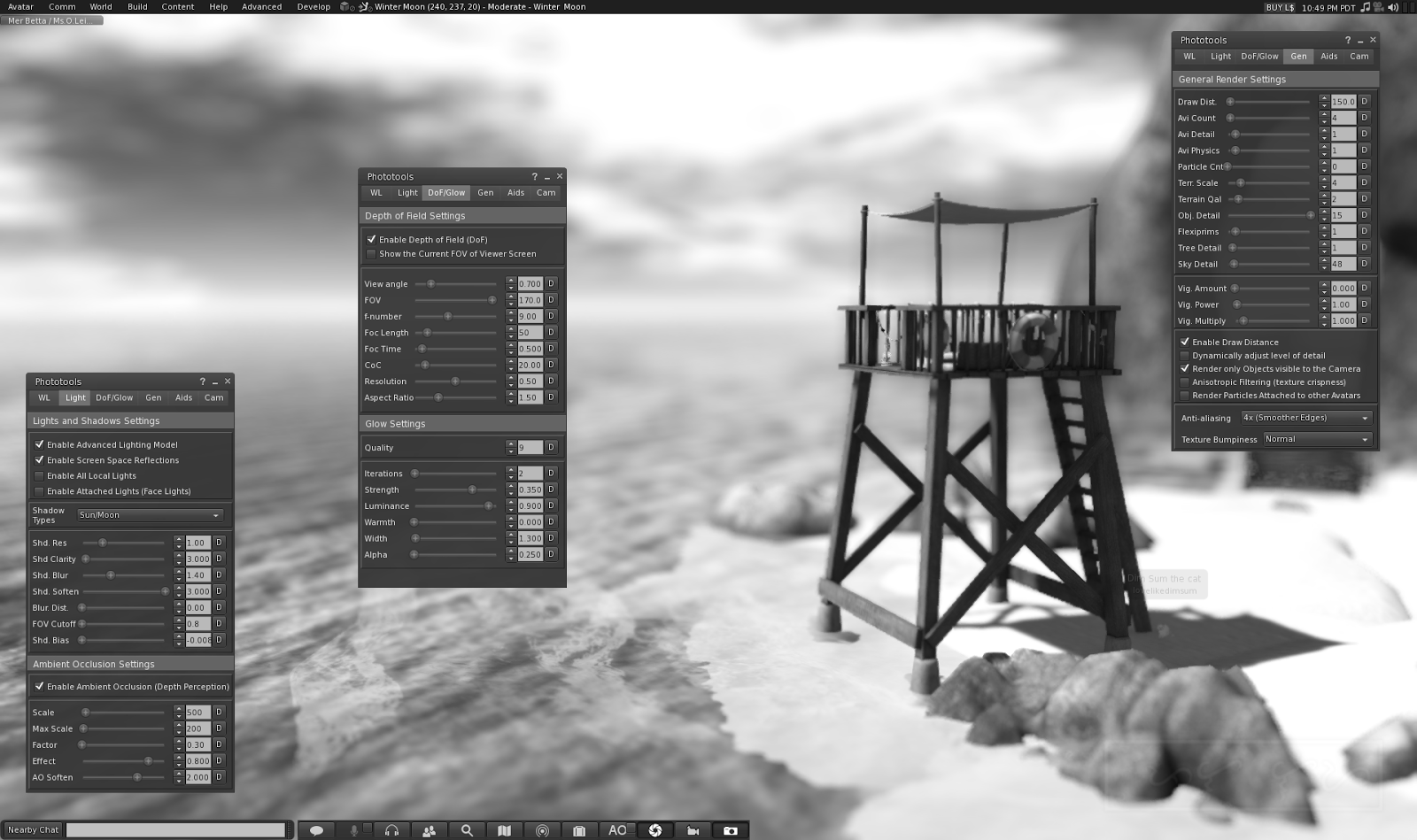